This is the first article in a series of articles about three.js. Three.js is a 3D library that tries to make it as easy as possible to get 3D content on a webpage. post

Three.js is often confused with WebGL since more often than not, but not always, three.js uses WebGL to draw 3D. WebGL is a very low-level system that only draws points, lines, and triangles. To do anything useful with WebGL generally requires quite a bit of code and that is where three.js comes in. It handles stuff like scenes, lights, shadows, materials, textures, 3d math, all things that you'd have to write yourself if you were to use WebGL directly. expand

Over the years this has been an award-winning site for many major radio contests. details

The Aruba station has been in operation since 1991. After over a decade of expansion and upgrades, it now encompasses all bands from 10 m to 160 m. Over the years, the station has won numerous contests and set many records.

We're now working in inches with the large mat to scale located in view. We place the origin at the new end of history with the band spread left and right on either side.

Aging data moves toward -z, Operating frequency increases toward -x, Up in the view is +y. expand 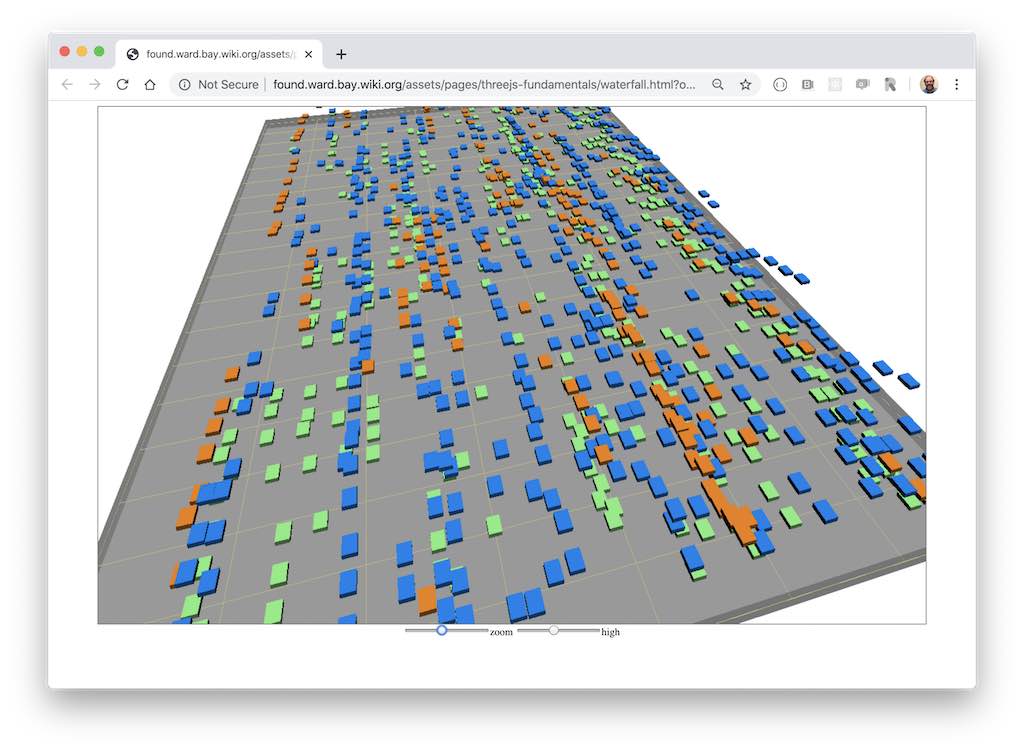 Use mouse and touch gestures to position camera in emulation of inquisitive table top viewer. examples

Hover over nodes or lines for detail highlight or chronological printout. example